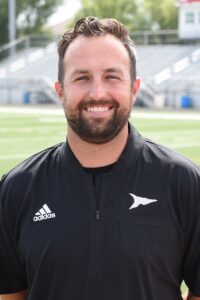 This season marks the 22nd year the Colts are recognizing outstanding high school football coaches throughout the state. Each week following a high school football weekend, one coach will be announced as the honoree. All high school head coaches in the state are eligible regardless of their school size, league or division. Coaches are evaluated on various factors including the coach’s impact on the team, school, and community, as well as the team’s performance. The honorees are selected by a panel of football media, former athletic directors and other football representatives from across the state.

At the conclusion of the high school season, each winning coach will receive a $1,000 donation from the NFL Foundation, as well as a commemorative plaque. What’s more, CenterPoint Energy will contribute
an additional $1,000 to the school’s athletic fund.