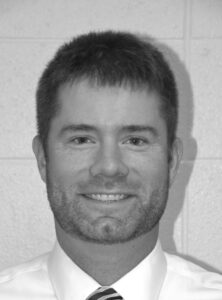 Indianapolis – Mike Davidson of Mishawaka Marian High School has been named the Colts/NFL Coach of the Week, presented by CenterPoint Energy, the Indianapolis Colts announced today.
Davidson was nominated and selected for the award after his Class 3A No. 12 Knights (2-2) earned an impressive 33-0 road win at Class 4A No. 7 New Prairie (3-1). It was the first time New Prairie has been
shutout since 2011.

At the conclusion of the high school season, each winning coach will receive a $1,000 donation from the NFL Foundation, as well as a commemorative plaque. What’s more, CenterPoint Energy will contribute
an additional $1,000 to the school’s athletic fund.
For more information, visit Colts.com/HighSchoolFootball.