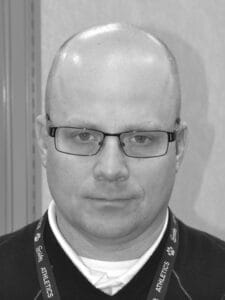 Indianapolis – Kurt Tippmann of Snider High School has been named the Colts/NFL Coach of the Week, presented by CenterPoint Energy, the Indianapolis Colts announced today.
Tippmann was nominated and selected for the award after his Class 5A No. 4 Panthers won their sixth straight game by defeating Class 2A No. 1 Bishop Luers 27-15. The Panthers win prevented Luers from
winning the Summit Athletic Conference title outright.

All high school head coaches in the state are eligible regardless of their school size, league, or division. Coaches are evaluated on various factors including the coach’s impact on the team, school, and community, as well as the team’s performance. The honorees are selected by a panel of football media, former athletic directors, and other football representatives from across the state.

At the conclusion of the high school season, each winning coach will receive a $1,000 donation from the NFL Foundation, as well as a commemorative plaque. What’s more, CenterPoint Energy will contribute
an additional $1,000 to the school’s athletic fund.